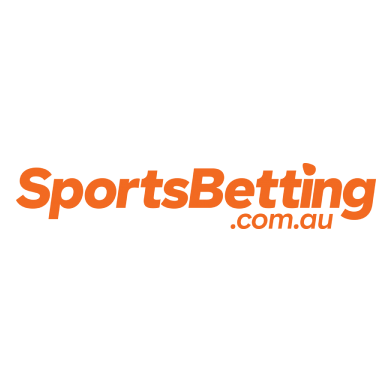 We calculated the margin for SportsBetting by analyzing the odds they offer. We further ranked them in one of the following three categories:

Range of Sports and Markets - Average

Although by no means a large number of sports when compared to some of the bigger bookmakers, there are still many of the more popular options for the customer to choose from. Racing is big news in Australia and SportsBetting has all of the races covered in all disciplines including horse, greyhound and harness racing. Popular American sports basketball, baseball and American football “gridiron” can be chosen, along with hockey.

For rugby, the site features Australian Rules, Rugby Union and Rugby League bets. They are also one of the few Australian bookmakers to have bets available on yacht racing. Popular sports in Australia like soccer, tennis and cricket are available, in addition to rugby. The site does a good job of keeping unnecessary sports out of the fray while instead focusing on the popular ones. Golf, snooker and darts are some of the leisurely sports they feature. In total, there are sixteen sports for the player to choose from on SportsBetting.

There are currently four different leagues and competitions under the cricket section. These include the ICC Twenty20 World Cup, Indian Premier League 20, Women’s Australia Twenty20 and the International Twenty20. For the World Cup, the player is simply offered a future bet since the competition has still not yet arrived. The player can bet on which country they think will the competition. There is also a future bet for the Indian Premier League. This is again for the winner of the entire competition.

For the other two leagues, you can expect to find an average of fifteen extra markets for each individual game. Here you can bet on the winner of the match, the team with the most match sixes and whether the score for each inning will be odd or even. There is also an over/under bet for runs in each inning and player markets for each team including the team’s top run-scorer and wicket tacker. In the other category, there are eight more bets that finish up the list of markets. The player here has a variety of bets including highest opening partnership, 1st wicket dismissal and the number of runs scored on the first ball. Overall, the number of markets here is average but some of them are ones we have not seen in other sportsbooks and may be worth a look.

There are many leagues and tournaments for the player to choose from here which is what you want to see under the soccer section. The big five leagues are all included of course but many of the lesser leagues are there as well including the Chile Primera Division, South Korea K League and the MLS. Right now there are thirty leagues in total. The markets for each league do vary however they follow a very simple pattern. The less popular the league the fewer markets available, though there should still be a decent number no matter which league you wish to bet on.

For a single Bundesliga game, we can find 70 markets. These include bets on the outcome, totals bets on the number of goals in the match and seven different first half markets with four under/over varieties on goals and the correct first-half score. Team handicaps are listed as well with about three variations for each team. Among some of the other bets offered you can find markets such as time of the first goal, whether a team will win one of the halves or not, odd/even bet on the total number of goals, both teams to score or not and whether there will be a penalty or not awarded.

There are also some major tournaments listed like the Euros 2020 and the UEFA Champions League. There is a future bet on the outright winner for Euros and all of the matches being played in Champions League.

SportsBetting
No players
#10 in users rating
All bookmakers

The Australian bookmaker SportsBetting has been doing online bookmaking since it first received a license in 1998. The company continues to be licensed in the Northern Territory. It was also one of the first bookmakers to be granted approval to offer sports betting online. The company remains Australian-based operating out of Darwin. Although not the biggest brand by any means, they have decent numbers of 250,000 active users and an annual turnover of about 20 million Australian Dollars.

The company boasts about its great fixed-odds and uses that as one of the reasons to not offer any welcome bonuses or promotions. On the site, you can read its slogan: “No Gimmicks. Just great fixed odds betting”. The website is itself very visually appealing and easy to use. Horse races dominate the front page with all of the races, competitors and odds displayed nicely.

One of the major positives that this bookmaker has is a large number of deposit and withdrawal methods for the player. SportsBetting also has many different languages that the customer can choose from and great customer support options.

All bookmakers
Review rating: 0 / 5
Rate:
Add a review Leave a comment
Unfortunately, most people only write reviews when they are dissatisfied, and when they are satisfied with everything, they are silent. We ask you to also fill in the «Good» field so that your feedback remains as objective as possible. We are sure that you will be able to specify both pros and cons of the bookmaker SportsBetting.
Comments