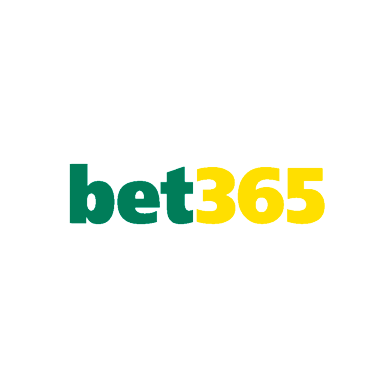 We calculated the margin for Bet365 by analyzing the odds they offer. We further ranked them in one of the following three categories:

Bet365 has an overall average margin of 5.79% for soccer and falls in the normal category. In the first section with Spanish La Liga and Seria A, the margin is at 5.66%. With Premier League and Championship, in the second section, the margin is at 5.71%. Finally, taking the Netherlands Eredivisie, Polish Ekstraklasa and Austrian Bundesliga into account, the margin is at 5.99%.

Bet365 has a good list of sports that the player can make bet on. At the top of the list are the the most important sports (rugby, cricket, basketball, soccer) as far as the Australian audience is concerned. Right now, the lineup at Bet365 is around 30 sports deep with a few options under the more sports category including badminton, floorball, handball, table tennis, water polo and squash. The list also has bets on sports like darts, cricket, cycling, Rugby Union and Australian Rules Rugby.

There are also bets available on Boxing and MMA events. The sports are all presented on the left side of the screen. Soccer, golf and tennis round out the lineup of sports that Bet365 is currently offering in New Jersey. For Americans this list will cover the majority if not all of the sporting events necessary to include with markets for basketball, ice hockey and baseball all covered.

The markets for each sport will vary quite heavily depending on the popularity and the tournaments that are being held at the moment. Looking at the sports listed you can gather that Bet365 is focusing primarily on the American market with a few of the larger international sports being thrown in.

There is also a section called Politics/Novelties where the player can take a break from sports and instead bet on entertainment and political events. This section includes events for Italy, Denmark, Australia, the United Kingdom, and North America in particular. There is also a sub-category for world events. Some of the listed items for this section include bets on the Academy Awards, the Chess Grand Tour, Presidential Elections and on popular TV shows such as The X-factor.

One of the country’s most popular sports, basketball is very well represented on Bet365. There are currently 23 different leagues from around the world that the player can wager on. Included in the list are the NBA, EuroLeague, Australia NBL, Romania LNB and more. Something a little different than other bookmakers, Bet365 actually offers the markets for the leagues first, which can be used for any of the games taking place in that league.

For example, if the player clicks on a market within the NBA such as ‘highest-scoring half’, then they will be taken to a list of the games for that league including the odds for those games from whichever market the player chose, in this case for which team will have the highest scoring half. This is very helpful and can prove to be a much more efficient way to present the odds.

Much of the markets are broken into five or six categories. These include Main Markets, Team Markets, Quarter Markets, Game Markets and Half Markets. Inside of these main categories, you can find the regular lines that you would normally see. Markets on the winning margin, team totals, handicaps, correct scores for each quarter and the team with the highest-scoring quarter are all available. If you would instead to browse options based on the games instead of the standard markets, the individual matchups are listed for each league below the markets. These games can have more or less than the standard options, depending on which game is selected.

There are a very good number of different leagues and competitions available in cricket. All of the big Twenty20 Series and Indian Premier League matches are listed with a good number of markets. There are also many tournaments that the player can choose from including the T20 World Cup Qualifier, Australian Big Bash Women, the Plunket Shield, Sheffield Shield and the Hundred 2020. The markets for these leagues differ in numbers depending on the competition.

For some of the premier Twenty20 Matches like New Zealand vs. England, you can bet on who will win the match, man of the match, highest individual score, most match fours and the scores of the individual innings, among others.  For this particular game, there were 31 markets listed. However, markets for some competitions can be as low as six. For many of the tournaments, there are futures bets available allowing the player the chance to correctly predict who will win the competition. For some of the individual games, you can also make bets on individual athletes within the competition. These include over/under bets on the player’s total points, total match sixes, match fours and whether one of the batsmen will score fifty in a match or not.

The world’s most popular sport usually features a strong showing on most bookmaking sites. On Bet365, there are many markets for a long list of both leagues and competitions taking place. Included in the leagues are soccer’s top five leagues (Serie A, Bundesliga, Ligue 1, La Liga and English Premier League), as well as the Australian A-League, Belgium First Division A, Norway Eliteserien, China Superleague and a lot more. Bet365 lists the leagues under the continent they play on, and you can find leagues from many parts of the world. Many of the African leagues are missing, with only Morocco’s GNF 1 available.

You can still find the markets listed on the sport’s main page, but they come second here to the leagues. This is because the markets for soccer depend heavily on the prominence of the league. For Premier Leagues in a specific country, the number of markets will remain quite similar, with each having around 70 total. The Australian A-League, for example, has 75 markets for each game being played at the time of writing.

Markets here include the main outcome on the game, over/ under bets, double chance and bets with Asian handicaps. There are other common soccer bets as well including predicting whether both teams will score or not, the winning margin, correct score, etc. Almost every tournament or league cup is included on Bet365’s site. Just about all of the leagues included also have futures bets on the league champion as well as on the league cup champion. Bigger competitions such as Champions League, Europa League and the World Cup are also included. For Champions League futures, some of the markets available include who will win the competition, who will reach the final, the top goalscorer and bets on the individual groups.

The British-based Bet365 has been offering sports betting since its online launch in March 2001. The company was founded by current owner Denise Coates in Stoke-on-Trent. Since then, Bet365 has grown to become one of the most recognizable names in the sports betting industry. In 2018, it reported revenues of €2.86 billion and the amount that was wagered on sports totalled €52.56 billion. The company has also won numerous awards for its design, operations and wagers offered. Most notably, Bet365 was named as the number one internet gaming company in 2010,2011 and 2012 by ‘eGaming Review’.

The company recently partnered with Hard Rock Hotel and Casino in July 2018 to bring its online betting to the United States. The company was the third sportsbook to open up under the Hard Rock brand name. With an office already in place in New Jersey, the company looks to have plans for future expansion into the country.

European gambling companies like William Hill have already enjoyed success here, so it is likely for Bet365 to do the same. Today, the company employs approximately 4,300 and has more than 35 million customers using the sportsbook. The build of the sportsbook is similar to all Bet365 sites around the world, with the same colour scheme and layout used in other markets.

All bookmakers
Review rating: 0 / 5
Rate:
Add a review Leave a comment
Unfortunately, most people only write reviews when they are dissatisfied, and when they are satisfied with everything, they are silent. We ask you to also fill in the «Good» field so that your feedback remains as objective as possible. We are sure that you will be able to specify both pros and cons of the bookmaker Bet365.
Comments