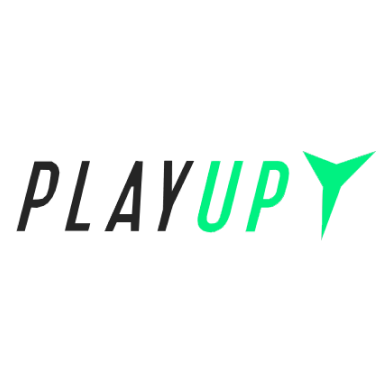 We calculated the margin for PlayUp by analyzing the odds they offer. We further ranked them in one of the following three categories:

PlayUp has an overall average margin of 6.58% for soccer and falls in the normal category. In the first section with Spanish La Liga and French Ligue 1, the margin is at 6.2%. With Premier League and Championship, in the second section, the margin is at 6.41%. Finally, taking the Liga MX, Swedish Allsvenskan and Austrian Bundesliga into account, the margin is at 7.13%.

All of the sports that you would expect to find on an Australian bookmaker can also be found on PlayUp. There are also many tournaments and leagues under most of the sports but can be underwhelming with others. This can be understood with a focus on the sport of basketball, with an astonishing number of leagues from different countries.

Although soccer, which is usually abundant with leagues on other bookmakers, is quite underwhelming with markets on PlayUp. You can find popular Australian sports such as cricket, rugby, soccer, and cycling. American sports such as basketball, baseball and “gridiron” are also available. The ‘Elections’ section gives players the chance to wager on different political outcomes from certain countries. For example, at the time of writing, there were markets available on the Next Australian Federal Election and the US Election 2020. Finally, there are a good number of leisure sports including snooker, yacht racing and darts.

As stated above, there is a very strong number of leagues featured in the basketball category. Some of the leagues listed are Finland’s Korisliga, Czech Liga 1, Brazil NBB, Uruguay Liga and the EuroLeague. However, again, where Playup is strong they balance it out with a weak feature. And this goes for many other sports as well, but in basketball, there are only markets available are on the win, with a handicap and an over/ under bet on the total score of the game.

Although this is better than some of the options for other sports this is still less than expected especially looking at some of the bigger leagues. In the futures section for basketball, you can make futures bets on the NBA, Euroleague, the NCAA and the NBL. Many of the these are just bets on who will win the league outright. However, for the NBA, in particular, there are a lot of great options to choose from. You can bet on who will win individual awards like Rookie of the Year, MVP, and Coach of the Year.  You can also bet on whether each individual team will make the playoffs or not.

The site PlayUp features cricket bets on different leagues, tournaments and test matches. However, it suffers from the same problem as basketball in regards to the markets. Some of the competitions include ICC World T20 Qualifiers, Sheffield Shield and Women’s Big Bash. For each of the different competitions, there is only one market on the money line. This goes for both the more well-known tournaments as well as the smaller ones. With a lack of markets, it can take away from the fun of betting for some players. It also makes it harder for the player to win money, when there are no other options available to find the perfect bet. Futures bets on cricket include many of the 2019/20 tournaments such as IPL 2020 and the Plunket Shield 2019/20 as well as the ICC Cricket World Cup 2023. It will be interesting to wait and see if more markets will become available for this incredibly popular sport.

The markets may be missing for many sports, but you can find many available for bets on soccer as well as a long list of leagues to choose from. You can pick one of the top five leagues which are all available or you can make bets on some of the less popular leagues as well. Some of the leagues featured on Playup can actually be quite hard to find on other bookmakers which give the company an advantage. Japanese J-League, Scottish League Championship, Costa Rican Primera Division and the MLS are listed, among others. A total of 37 different leagues are offered to the player. It is almost a little shocking when looking at the number of markets available for some games when compared to the other sports. For a single Ligue 1 game, the player can bet on the money line, the handicap and over/under on the total goals to be scored.

There are also bets on the correct score, the halftime result, winning margin and both teams to score or not. Over/under bets on the total number of goals have five different variations as well as three for the first half alone and for the away and home teams total goals. The list of markets is very impressive in number and the player should have no trouble finding a specific one. Futures bets are available for major tournaments such as Euro 2022 and the FIFA 2022 World Cup as well as for the English Premier League and Australian A-League. The bets are for the outright winner of the league or tournament, except for the Premier League Top 4, where the player bets on the teams chance to finish in a Champions League spot.

PlayUp is the result of a combination of the Australian bookmakers ClassicBet, Draftstars, Madbookie and Topbetta. At this time, this is the newest sportsbook operating in Australia launching its brand in October 2019. It is licensed by the Northern Territory Gambling Commission and is headquartered in Zetland, New South Wales. The company on its site claims to be the best fixed-odds provider and has a large variety of markets and sports available to bet on.

The website as a whole matches the timing of the company’s introduction to the scene with a very modern look to it. The menus on the site are easy to read and very clear. All of the necessary is placed intact with similarities to other bookmakers.

The information on the site is also well spread out and does not overwhelm the player at any point. Another thing that stands out about PlayUps site is the quickness in which the pages load. It is faster than normal and this makes browsing the entire site comfortable and enjoyable. The only thing that seems to be missing is a lack of information under the FAQs and About PlayUp sections. Given that the site is still extremely new we expect more helpful information to be added with time.

Go to the website of the bookmaker
playup.com.au
Review rating: 5 / 5
Rate:
Add a review Leave a comment
Unfortunately, most people only write reviews when they are dissatisfied, and when they are satisfied with everything, they are silent. We ask you to also fill in the «Good» field so that your feedback remains as objective as possible. We are sure that you will be able to specify both pros and cons of the bookmaker Playup.
Comments