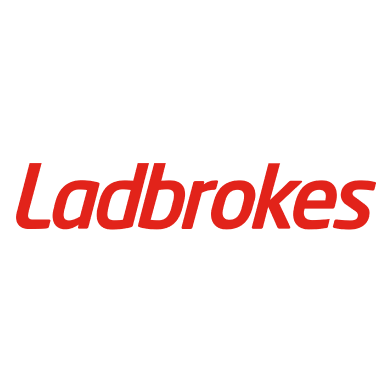 We calculated the margin for Ladbrokes by analyzing the odds they offer. We further ranked them in one of the following three categories:

Ladbrokes has an overall average margin of 7.43% for soccer and falls in the high margins category. In the first section with Spanish La Liga and Seria A, the margin is at 6.89%. With Premier League and Championship, in the second section, the margin is at 5.81%. Finally, taking the Netherlands Eredivisie, Polish Ekstraklasa and Austrian Bundesliga into account, the margin is at 8.63%.

There is a long list of categories for betting on the Ladbrokes betting site. For the racing section, you can find bets on horse racing, greyhound racing and harness racing. The main competitions and races can all be found on the site. As for sports, Ladbrokes does a good job covering the spread. Baseball, basketball, cricket, rugby, ice hockey, cycling and soccer are listed, among others. The site also features bets on golf, surfing, yachting and esports.

For players looking to move away from sports betting, Ladbrokes also has a few categories separate from normal sports. For example, in the ‘Novelty’ category, you can find markets on TV shows, movies, award shows and more. Also included in this category are bets on Nathan’s Hotdog Eating Contest. There is also a ‘Politics’ section which has political bets for the UK, America and Australia.

Although not necessarily a popular sport in Australia, Ladbrokes still posts an impressive number of markets for players. For each individual playoff game, there is usually an average of 68 markets for each. Bets are available on the money line, head to head and on totals. Furthermore, these bets are offered to players for the first three, five and seven innings separately.

The “Race To” markets are popular among Australian sports betting sites and are of course listed here as well. The players can choose the first team who will reach two, three or four runs all the way up to seven runs. There are also odd/even markets where the bettor can guess whether the score will be odd or even after the set number of innings has been played.

The markets for cricket are available for two different leagues including the Caribbean Premier League T20 and the Twenty20 Internationals. The markets between the two do not fluctuate much, and the player should expect to find an average of 28-30 markets for each. The top markets include head to head bets as well as top runscorer, top wicket-taker and who will be crowned Man of the Match.

You can also bet on the possibility of a century occurring in a match, the highest score over six and the highest opening partnership handicap. Total Sixes and the most sixes are the next markets displayed. The player markets round out and dominate the offers. You can find wagers on the top players and their performances, including total runs for a player, number of sixes and whether a player will score 50 or not.

Both the NBA and the NBL are the two main basketball leagues included on Ladbrokes’ site. However, by looking under the ‘Rest of the World’ tab you can find an additional 43 leagues listed. Naturally, this includes most of the basketball leagues that players would think to bet on. The higher number of markets for these leagues generally leans towards the NBA, but this is not a certainty. Many games will just have the main bets on them meaning they host only three markets. For the more impactful games, you can find upwards of 25 markets for a single game.

This includes the money line, handicap bets and totals bets with the availability of these markets for the first half and first quarter as well. The player can also bet on which quarter will be the highest scoring, which team will have the highest-scoring quarter and on the possibility of one of the two teams leading at the end of every quarter of the game. Player markets appear for some games as well, with wagers on an individuals performance throughout the game in terms of statistics. For example, you can bet on whether a certain player will have a double-double, more than ten assists, more than 20 points, etc.

Pros:
Very good! Smooth to use and overall enjoyable bookmaker! Kudos
Cons:
None

Ladbrokes Coral is a London-based company that was founded in 1886 by Schwind and Pendleton. The Ladbrokes name was adopted in 1902. The company has changed owners multiple times over its existence, including Mark Stein, who was the first to introduce fixed odds for soccer betting. In September of 1998, it purchased Coral and its 891 betting shop locations for 361 million. The company entered the Australian market in September 2013 with the acquisition of bookmaker.com.au for 13 million.

Talks of a merger with Gala Coral Group began in June of 2015. Ladbrokes was forced to sell off 350-400 betting shops in order for the deal to be completed. The 2.3 billion mergers was finalised on November 2, 2016. This resulted in Ladbrokes Coral becoming Britains largest bookmaker, boasting over 4,000 betting shops and 30,000 employees. The sportsbook continues to partner with the Scottish Professional Football League as the principal sponsor for its top four divisions.

All bookmakers
Review rating: 0 / 5
Rate:
Add a review Leave a comment
Unfortunately, most people only write reviews when they are dissatisfied, and when they are satisfied with everything, they are silent. We ask you to also fill in the «Good» field so that your feedback remains as objective as possible. We are sure that you will be able to specify both pros and cons of the bookmaker Ladbrokes.
Comments