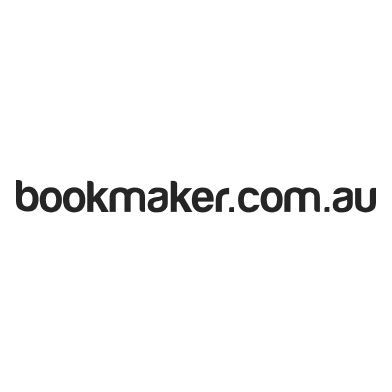 We calculated the margin for Bookmaker.com.au by analyzing the odds they offer. We further ranked them in one of the following three categories:

Bookmaker.com.au has an overall average margin of 7.17% for soccer and falls in the high margins category. In the first section with Spanish La Liga and Seria A, the margin is at 7.08%. With Premier League and Championship, in the second section, the margin is at 5.81%. Finally, taking the Netherlands Eredivisie, Polish Ekstraklasa and Austrian Bundesliga into account, the margin is at 8.63%.

There are currently 24 categories featured on bookmaker.com for the player to choose from. They range from popular sports with big markets to some lesser-known disciplines, as well as a few categories that exist outside the realm of sports. At the top of the list, you will find sports like cricket, rugby, tennis, basketball, cycling and soccer. The main tournaments and games for these sports are all included on the site. However, if you are looking for some sports to bet on that don’t immediately come to mind, bookmaker.com has you covered.

Also listed on the site are sports such as snooker, surfing, yachting and darts. These are more or less found in most sportsbooks in the country, however, the inclusion of surfing puts bookmaker.com in the minority category. Moving more towards the cultural categories, you can find markets on political and entertainment events. For example, here you can bet on whether Rick or Morty will speak first in the popular show’s fourth season. Award shows are also featured in the “Novelty” section. Regarding politics, you can bet on the political happenings in the UK, USA and in Australia. Popular American sports such as basketball, football, volleyball and baseball are also listed.

Both the Rugby Union and Rugby League have markets available on sportsbook.com. The markets between the two are quite similar. The player can expect about ten to 15 markets for each of the individual games. Futures bets on major competitions are usually limited to betting on the outright winner of the tournament. For a single game, you can find the main bet on the winner of the game as well as bets with a handicap, however, totals bets are not available. Instead, you can make wagers on the game’s winning margins.

Guessing the correct margins of victory can be a very difficult thing and the odds accompanying these bets represents this difficulty. Picking the right margin along with an underdog victory could see your bet multiplied by odds of over 250. Both 5-point margins and 10-point margins are available for most games. Betting on who will score a try yields a few more markets. You can wager on the first try scorer and the last, as well as who will score a try in general. There is also a market for which half will be the highest scoring. Rounding out the rugby section are wagers on whether a player will score two or more try and whether a player will have a hat trick in the game.

A very popular sport in Australia, cricket games on bookmaker.com has a large number of markets available for individual games. For each match you should be able to find over 30 bets, however, there are some that exceed even 50. The cricket section offers bets on both the Twenty20 Internationals and on test matches. There is also an extensive line of futures bets on tournaments such as the Big Bash, Sheffield Shield and the Marsh One Day Cup.

Although there is only one market on the winner of the tournament for each of these competitions. For a single match, the market on the match-winner is listed although totals for the match and bets with a handicap are not. Bets on the top run-scorer and wicket-taker can be found for both teams and are broken down into individual innings. You can also wager on who will be a man of the match or who will win the toss.

The player markets for cricket matches are quite good in quantity. About 20 markets for this section are featured and broken down into specific innings. Here you can wager on if a single player will score 50 or 100 in the first inning. The only totals bets featured come in the form of ‘Fall of the 1st wicket” and over/under bets on individual player’s runs. At last, there is a section called “Price Boost” that can feature many different types of markets and showcases bets whose odds have been significantly increased for one reason or another.

The bookmaker.com section for soccer has all of the necessary leagues needed for a player as well as a large amount of lesser leagues. It has Australian soccer covered with the Australian A-League and the Australian FFA Cup both included with futures bets for both. For the Australian A-League, there are usually around 151 markets for each match. Other leagues include the top-5 leagues (La Liga, Serie A, BPL, Ligue 1 and the Bundesliga), as well as leagues like the Dutch Reserve League, Polish Ekstraklasa, Brazilian Serie A and the Argentinian Copa Argentina.

The number of markets available for these can drop off quite a bit, with some going into the low 30s. For soccer games in the Australian A-League, the player will find bets on which team will win the match, a large variety of handicaps and totals on the complete number of goals. Popular soccer bets like guessing the correct score, whether both teams will score or not and on the time of the first goal are all there.

There are many variations of the total and handicap bets listed for the game and even a chance to predict whether the total number of goals will be odd or even. For the UEFA competitions like Champions League and Europa League, you can bet on the winners of each group as well as the winners of the entire competition. A market that is not commonly featured on most sportsbooks, betting on the Ballon D’or winner can be done here. Overall, this is a very good section for soccer and can be compared with the other top bookmakers in the country.

Bookmaker.com
No players
#9 in users rating
All bookmakers

Although still relatively new to the online betting scene, bookmaker.com looks and handles like a sportsbook with years of experience. The company launched its operations in February of 2012. The head office is in Brisbane and the sportsbook is currently licensed and regulated in the Northern Territory. Bookmaker.com was acquired along with Betstar by the British gaming company Ladbrokes in 2013. Ladbrokes is one of the biggest names in UK sports betting and helped bookmaker.com first expand into Australia.

As mentioned above, the website for bookmaker.com has a very good design. All of the information listed included bets, odds and races are all fit into a compact yet comfortable layout. Simple by focusing on a small section you can easily find all information necessary to a player. The site, like a lot of other Australian bookmaking sites, has a keen focus on horse and greyhound racing. However, there is a good list of sports as well that could match up to with any of the top bookmakers down under. There is also a helpful ‘how-to’ section that features guides on everything a player needs to know about betting.

All bookmakers
Review rating: 0 / 5
Rate:
Add a review Leave a comment
Unfortunately, most people only write reviews when they are dissatisfied, and when they are satisfied with everything, they are silent. We ask you to also fill in the «Good» field so that your feedback remains as objective as possible. We are sure that you will be able to specify both pros and cons of the bookmaker Bookmaker.com.
Comments