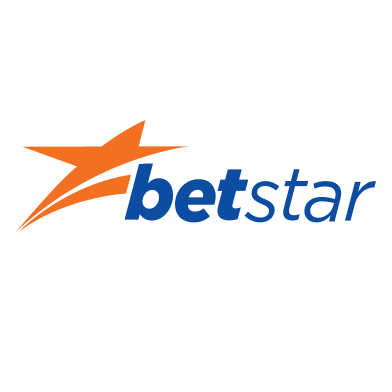 We calculated the margin for Betstar by analyzing the odds they offer. We further ranked them in one of the following three categories:

Betstar has an overall average margin of 7.15% for soccer and falls in the high margins category. In the first section with Spanish La Liga and Seria A, the margin is at 7.08%. With Premier League and Championship, in the second section, the margin is at 5.81%. Finally, taking the Netherlands Eredivisie, Polish Ekstraklasa and Austrian Bundesliga into account, the margin is at 8.56%.

Betstars does not offer the largest selection of sports that we have seen in Australia, but the main sports are there with even a few options in the cultural and political sectors of betting. In total, there are 26 different categories containing specific markets. The site does include esports bets. There are also the main sports Australians would like to see including soccer, swimming, cricket and cycling. The site also features Australian Rules, Rugby League and Rugby Union bets, making it one of the few sportsbooks to include all three.

The novelty category has bets on a large variety of cultural events and competitions from the Nathan’s Hotdog Eating Contest to TV shows like the Bachelorette. Also listed on the Betstars are bets on Mixed Martial Arts, Motor Sports (British Superbikes, Moto2 and Moto3, Formula 1) and Gaelic Sports like hurling. Betstars also covers popular American sports such as football, baseball, basketball and volleyball. Horse and dog races are of course included as well with a good schedule and selection of different races.

There are multiple leagues featured in the section for cricket including test matches and even the Women’s T20 Big Bash, the first Australian sportsbook reviewed so far to include this. There are future bets as well for seven leagues and tournaments. These futures bets do not differ and allow the player to pick the outright winner of the competition. The markets for each of the competitions differs depending on the league you are betting on.

For example, the Women’s T20 Big Bash will normally just feature around three markets while most of the Test Matches can exceed 50 markets. For an individual Test Match between India and South Africa, there are 51 markets featured. Included in these are bets on the outcome, Man of the Match, and who will win the toss. There are also a large number of player markets also listed on the site. You can bet on whether a certain player will score 100 or 50 in the first inning as well as the top run-scorer for each team also in the first inning.

Most sports betting sites are able to realise the worldwide popularity of soccer and accordingly offer a great variety of leagues and betting markets for the sport. Betstars does a good job of continuing this trend with a very good selection of leagues, markets, awards and tournaments to bet on. The number of markets differentiates between leagues but there are normally still around 50 even for the lesser popular leagues. The option to bet on the winner of the Ballon D’or and UEFA competitions like Europa League and Champions League are also available.

You can bet on the individual games in these tournaments, the winner of each group or the outright winner of the entire competition. For a normal game in Italy’s Serie A, you can find 151 markets available. Included in these are staple bets such as on the winner, whether both teams will score and on the total goals. There is also plenty of bets focusing on the first half like handicap and over/under markets, correct score, whether a goal will be scored in the first half or not and which team will be led by the end. For goal markets, some of the available markets include whether both teams will score in both halves, who will score first and on the number of teams that will score.

Some of the higher-profile matchups in tournaments can have up to fifteen or more markets on them. For the ones with higher availability, you can bet over/under on the total number of games to be played, the total number of sets, and on a bet with a handicap on the sets. There are normally two handicaps available. The player can also make bets on whether there will be a tie break in the match or not. Also available are bets on the winner of individual sets and whether either of the athletes will lose the set but continue on to win the match.

Betstar
No players
#11 in users rating
All bookmakers

Betstar has a great deal of experience in online bookmaking, with the internet brand being launched in 2007. The company was founded by Michael and Alan Eskander in the Australian cities of Melbourne and Darwin. They have been in the business far longer than that however, as Michael established an Australian betting business in 1984. The company was granted a license from the Norfolk Island Gaming Authority and was regulated under the Bookmakers and Betting Exchange Act 1998. In 2014, Betstar was acquired by the massive British sport bookmaker Ladbrokes after gaining a significant amount of popularity among Australians.

Since the betting site is owned by Ladbrokes, there are naturally bound to be similarities between the two. However, the entire site appears to be the same. The design in particular is almost the same in every aspect. The promotions do differ however and unsurprisingly lean more in favour of Ladbrokes with better bonuses. After the acquisition by Ladbrokes, Betstar began to feature more products, markets and a more interactive customer service. Overall, the site looks nice and is fairly enjoyable to use.

All bookmakers
Review rating: 0 / 5
Rate:
Add a review Leave a comment
Unfortunately, most people only write reviews when they are dissatisfied, and when they are satisfied with everything, they are silent. We ask you to also fill in the «Good» field so that your feedback remains as objective as possible. We are sure that you will be able to specify both pros and cons of the bookmaker Betstar.
Comments