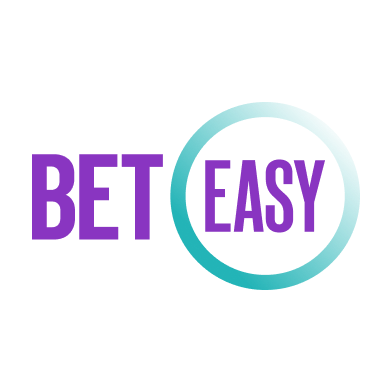 #7
in the users
ranking

There is a large variety of sports for the bettor to choose from along with a couple of betting options not focused around sports. Right now, BetEasy offers 40 different categories from which the player can choose from. The most popular sports have bets available including swimming, cycling, football, rugby, soccer and cricket. There are also popular American sports and leagues including baseball (MLB), American Football (NFL & NCAA) hockey (NHL) and bets on basketball (NBA, WNBA, NCAA).

Perhaps the most bizarre bets available on the site are the markets under the ‘Entertainment’ category. Here you can find bets for things like Nobel Prize winners, who will be chosen as Time Magazine’s Person of the Year and on the winners of popular tv show competitions like ‘The Masked Singer’. These bets help to expand the range of bettors playing on BetEasy beyond the typical sports fans. Instead, it becomes a gambling playground for all interests.

There are four different video games that esports fans can wager on in CSGO, Dota 2, League of Legends and StarCraft 2. These games generally host the most popular tournaments in the world of gaming. There is also an enhanced odds section that has the best odds displayed for specific markets. These odds and markets constantly change depending on the games that will be showing that day. Some of the other sports listed include squash, tennis, field hockey and volleyball. There is also a finance category for all of the accountants and stockbrokers out there.

BetEasy offers bets for both the Rugby League and the Rugby Union, however, both codes have similar markets for each. The main difference is the tournaments played between the two. For individual games (prestigious games) you can find up to over 80 markets featured. These, of course, include the standard markets, such as Head to Head bets, totals bets on the final score and bets with a handicap. There are multiple variations of these markets which give the player a decent range of odds. A helpful way to arrange a bet is also available with the Build-A-Bet section.

Here BetEasy gives you a price range with an appropriate list of markets available for that range. The offers can reach up to $100 and the odds can exceed 30 here. You can also make wagers on which player will score the first try, which team will be the first and last to score a try and what the jersey number of the first try scorer will be.

First to markets are quite popular here with a lot of variations featured. The player can wager on the team who first reaches ten points, 20 points and so on up to 40. Future bets were not left out, with them being available for all of the leagues and tournaments. The most common of these are the Outright markets which offer the player the chance to bet on the first place finisher or champion.

One of the most popular sports in Australia, BetEasy has the fans covered with a good spread of markets and leagues available. There are wagers listed for Big Bash, T20 cricket, One Day Cricket, Test Cricket and First Class Cricket. The number of markets in each game varies drastically depending on which league or game you are looking at. For the sake of describing as many markets as possible, we will discuss a Marsh One Day Cup matchup between South Australia and Tasmania.

For this game, you can find bets on the match-winner as well as totals bets, however, bets with a handicap are nowhere to be found. Instead, you can find offers on who will be the first player to score a 50, whether a century will be scored and which team will have top batsman when all is said and done. For some games, there is the option to choose the player who will be top run-scorer in the game and which team will have to top run-scorer. This bet also exists for the top wicket-taker in the game.

There are nine different leagues with bets under this popular sport. The NBA, NCAA and Australias’ National Basketball League have the highest number of markets between the leagues. In an NBL game, there are usually around 20 bets available for each game, however, games can reach up over 80 in this section. There are bets available on the money line, handicaps and totals with a large number of different totals and different odds.

Many individual total bets exist for main statistics like player points, rebounds and assists. Quarter and half markets include the winner of a specific quarter or half, as well as over/under and total bets like the ones for full time. The player can also predict what a team’s winning margin will be at the end of a half or quarter.

Bookmaker has a license for this country

BetEasy
No players
#7 in users rating
All bookmakers

BetEasy is an Australian bookmaker that was founded in 2014. The company was formerly known as CrownBet due to a 66% ownership by Crown Resorts. However, its original name was reinstated in 2018 after a majority acquisition by The Stars Group. Although only five years old, BetEasy has already made some valuable partnerships becoming the official betting partner of leagues including Cricket Australia, the Australian Football League, Football Federation Australia. It also has an official partnership with the NBA. The sportsbook also provides access to the Sky Racing channels for its customers.

The company today remains based in Australia and has offices in Darwin, Melbourne and Sydney. BetEasy is run by its CEO Matthew Tripp and has been recognized multiple times for being a great place to work. It won the Australian Business Awards for Employer of Choice in both 2017 and 2018. The sportsbook is licensed in Australia’s Northern Territory and continues to be majority-owned by The Stars Group. The Stars Group is one of the leading global online and mobile gaming companies, with licenses to operate in 21 jurisdictions including Europe, North America and Australia.

All bookmakers
Review rating: 0 / 5
Add a review Leave a comment
Unfortunately, more often than not people write reviews only when there are issues that still remain. When everything is running smoothly, they often do not write. We ask that you also fill in the positive field, so that the review can achieve its maximum objective. We are sure, that you will tell us the negatives, as well as the positives of these bookmakers.
Comments